All of Yoga ah! instructors have completed a minimum of 200 hour training in Ashtanga Vinyasa Yoga and Rocket Vinyasa Yoga. All of our teachers are well trained in the Larry Schultz philosophy of using verbal adjustments and two finger adjustments to create a safe environment for students to explore their bodies and breath. 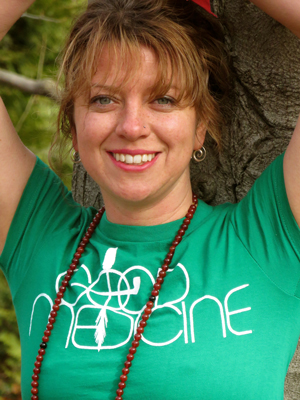 Amber is the creator of Yoga ah! Studio. She has studied classical ashtanga with Tim Miller, Lino Miele, and Chuck and Maty Miller. She credits Larry Schultz with being her most influential teacher. She trained with him at It's Yoga San Francisco in Spring 2000, where she earned her 200 RYT and was introduced to the Rocket. Once she met Larry she veered away from the traditional Ashtanga practice and adopted Rocket Yoga sequencing as her main practice and teaching.

Amber Gean is registered teacher with Yoga Alliance Professionals as a senior yoga instructor with over 15 years of experience and over 10,000 hours of teaching and teacher training experience.

Amber Gean opened Yoga ah! in 2007. When her guru Larry Schultz left his body in 2011 Amber began writing and assembling a 500 hour Rocket yoga training course so that she may continue Larry's work on the Rocket.

As of 2016 her 500-Hour Ashtanga and Rocket Yoga training course has been recognized by the Yoga Alliance Professional in the United Kingdom.

She is a pioneer in the modernization of Ashtanga and Rocket Vinyasa Yoga and honors the lineage of Krishnamacharya. 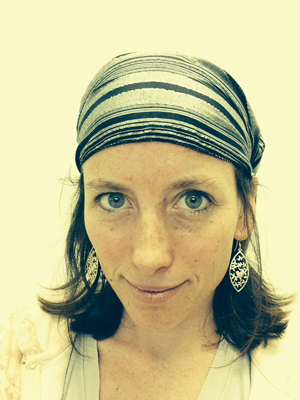 Keena Stricker - Keena has been part of the Yoga ah! family since 2011 when she graduate the 200-hour level ashtanga yoga teacher training. She then went on to complete her Rocket Yoga training with Amber in 2012 at the 100-hour level. In addition to instructing classes at Yoga ah!, she assists in the yoga teacher training courses here at the studio. Keena brings lots of experience and compassion to all her classes. Her classes are soothing and help students focus on intentions and meditations for their practice. 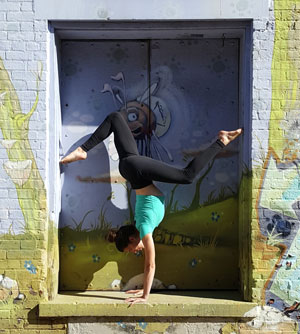 Audrey Keene (pic coming) started practicing yoga regularly in the Fall of 2014 while seeking relief from piriformis syndrome, an uncommon neuromuscular disorder that puts stress on the sciatic nerve. Practicing yoga not only eliminated these painful symptoms, but made her stronger, more flexible and less stressed. This journey has inspired her to teach others about the gifts of yoga.

Audrey received her 200 hour RYT through Yoga Ah! in 2016 and loves the flow and balance of Ashtanga and Rocket yoga. She enjoys teaching fun and challenging classes to mindfully explore building strength, flexibility and endurance. 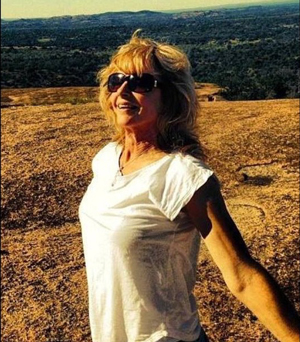 Reeni Tierney - After raising five children, Reeni was ready to do something for herself. She began her practice and graduated Yoga ah! 200-hour teacher training in 2012. She then went on to attend Rocket training at the 100-hour level in 2013. She practices what she teaches and teaches what she practices. Her classes are filled with joy and bring playfulness to the practice. We are honored to have her as part of our team. In her free time she enjoys softball and live music. 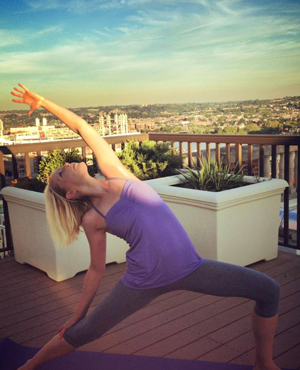 Alexandra (Alex) Schickli has been practicing yoga since 2000. As a college athlete, avid runner, and cyclist she quickly came to realize the need for balance in her life. Yoga allowed Alex to focus on healing and recovery the body needs to become stronger and more efficient. Alex's passion for the practice lead her to become a registered yoga instructor, she received her RYT200 certification through You Do Yoga in 2012.

She loves the movement and flow of ashtanga and Rocket Yoga and that sparked her interest to join the Rocket yoga movement at Yoga ah! Her classes focus on introducing her students to the grace and strength in their bodies.

Outside of yoga, she enjoy's running, cycling, drinking wine, traveling, and spending time with her husband, family, and friends.

Joe Rebman received his 200-hour RYT certification through Yoga ah! in July 2015. He first discovered yoga during graduate school in Oklahoma and was instantly hooked. A childhood gymnast, Joe enjoys the combination of flexibility, strength and concentration that makes practice fun while providing botha challenge and relaxation at the same time. When not teaching yoga, Joe is a professional harpist, and you may find him occasionally bringing a harp to class! 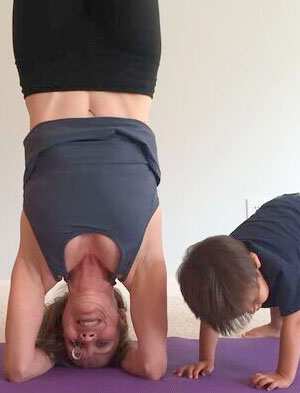 Christine moved from sunny California to Ohio in November 2014 and received her 200-hour RYT teacher certification in Ashtanga through Yoga Ah in July of 2015.

Her love of yoga began in a small local studio in San Francisco in 2008 while trying to recover from a neck/shoulder injury. Following her first Vinyasa flow class, Christine immediately noticed less pain and tightness, which months of traditional types of physical rehab had not even come close to accomplishing. This in turn got Christine hooked!

As an occupational therapist and someone who was very physically active, Christine quickly saw that yoga was not exercise, but a holistic way of linking breath with movement and learning how to be more attuned to the body. She believes that the therapeutic value of yoga is endless and that it can transform your life.

Christine enjoys teaching a strong, vigorous flow; however, she can also slows things down and offer safe, helpful modifications depending on how her students are feeling and what their bodies need. Her goal is to keep classes fun and challenging while focussing on alignment and keeping the core strong to help build strength, flexibility and endurance so her students can enjoy a life time of yoga.

Outside the studio, she is a full-time mother of two young boys who keep her extremely busy but also young in body and heart!